The 23rd season wraps Tuesday night and we saw Colton Underwood dump the finalists Tayshia Adams and Hannah Godwin on Monday nights finale of The Bachelor.

“In my heart, I know I can’t love two people. My heart’s with somebody else. I love Cassie,” Colton tells Tayshia before saying goodbye. 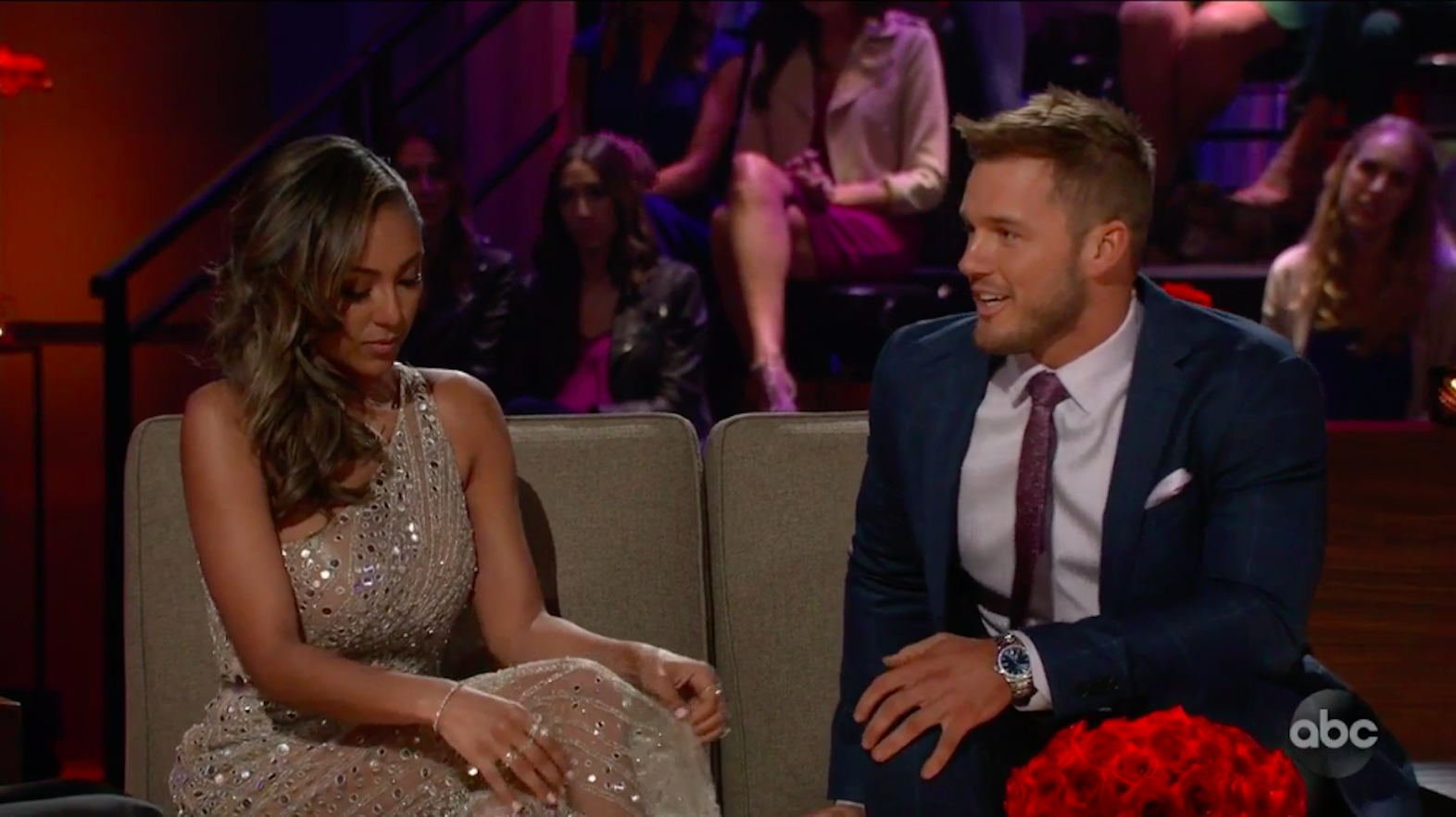 Hannah G was totally expecting to be the girl he proposed to at the end of this whole thing. Next, he broke up with her.

Colton explains why he broke up with them.

“I was ready to end the show,” he tells PEOPLE.  “Once I had the conversation with Cassie, my mind was made up. I was either going to leave by myself, or I was leaving with her,” he explains.

“I had to do what was right, and what was best for them, and that was to have that tough conversation,” he says.

“I knew I could walk away heartbroken,,” Colton adds. “But I had to fight for Cassie.”

And ultimately, “the game was hanged in a way.” 162 thoughts on “Colton Reveals Why He Broke Up with Tayshia and Hannah Godwin: ‘I Had to Fight…’”