Blake Horstmann is  doing everything that he can to prove he’s innocent after the dramatic first two episodes of Bachelor in Paradise season 6.

“Man, this is bad. I look like the worst human in the world,” Blake writes after the episodes were aired.

“I’ve gotten way in over my head with women and have made a lot of mistakes and although never my intent, I hurt several people along the way. I take full responsibility for my actions at Stagecoach and will forever regret the decision I made that weekend.”

He also added that he and Caelynn “were NEVER in a relationship,” adding, “I NEVER ghosted Caelynn, I NEVER called her a mistake and I absolutely NEVER EVER EVER silenced Caelynn. I never expected to have to do something like this, but after finally seeing the episodes I feel like I have no choice but to release the text exchanges between her and myself. This is the last thing I wanted to do, but my name and character are being attacked. My name is all I really have.” 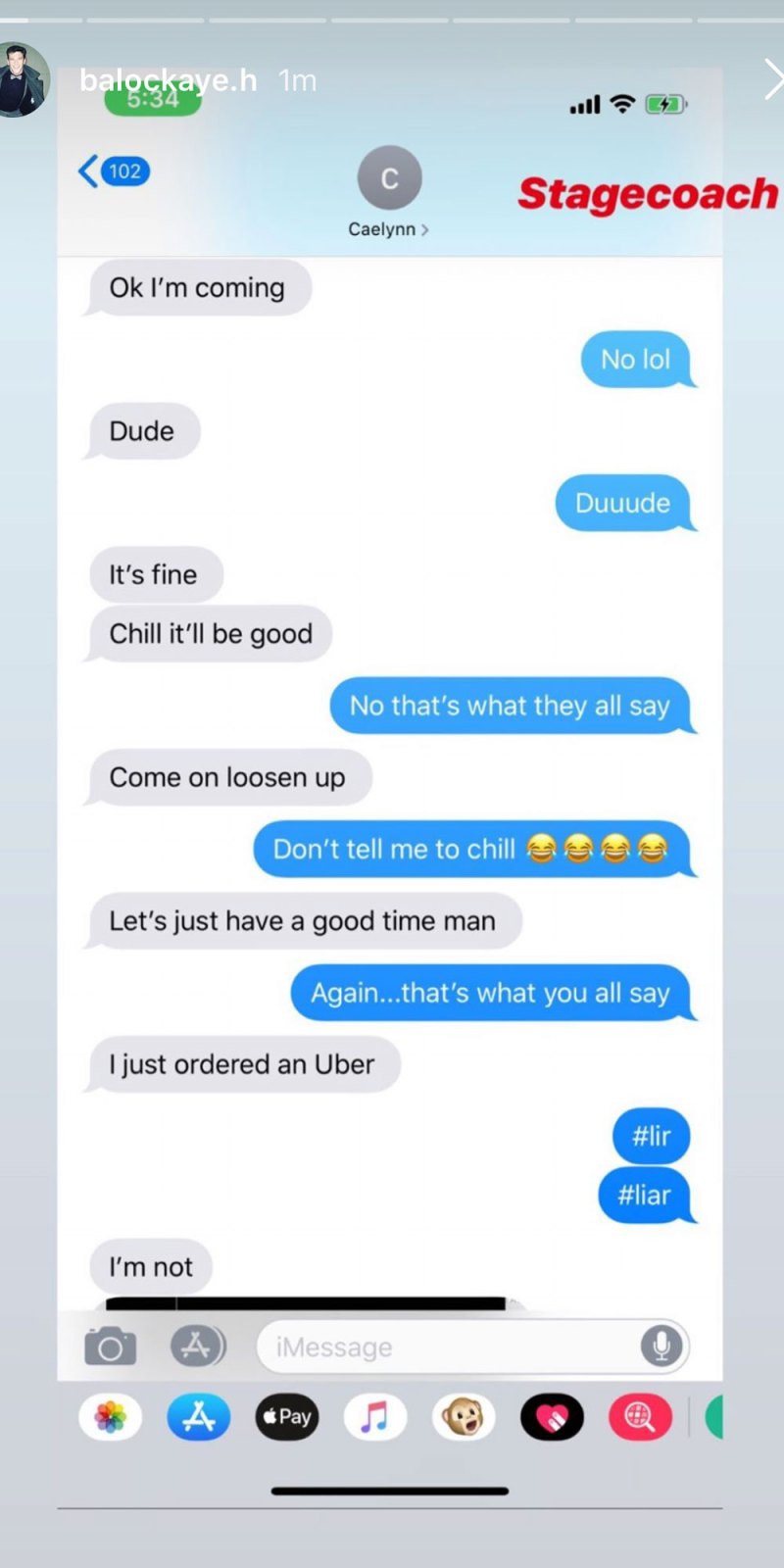 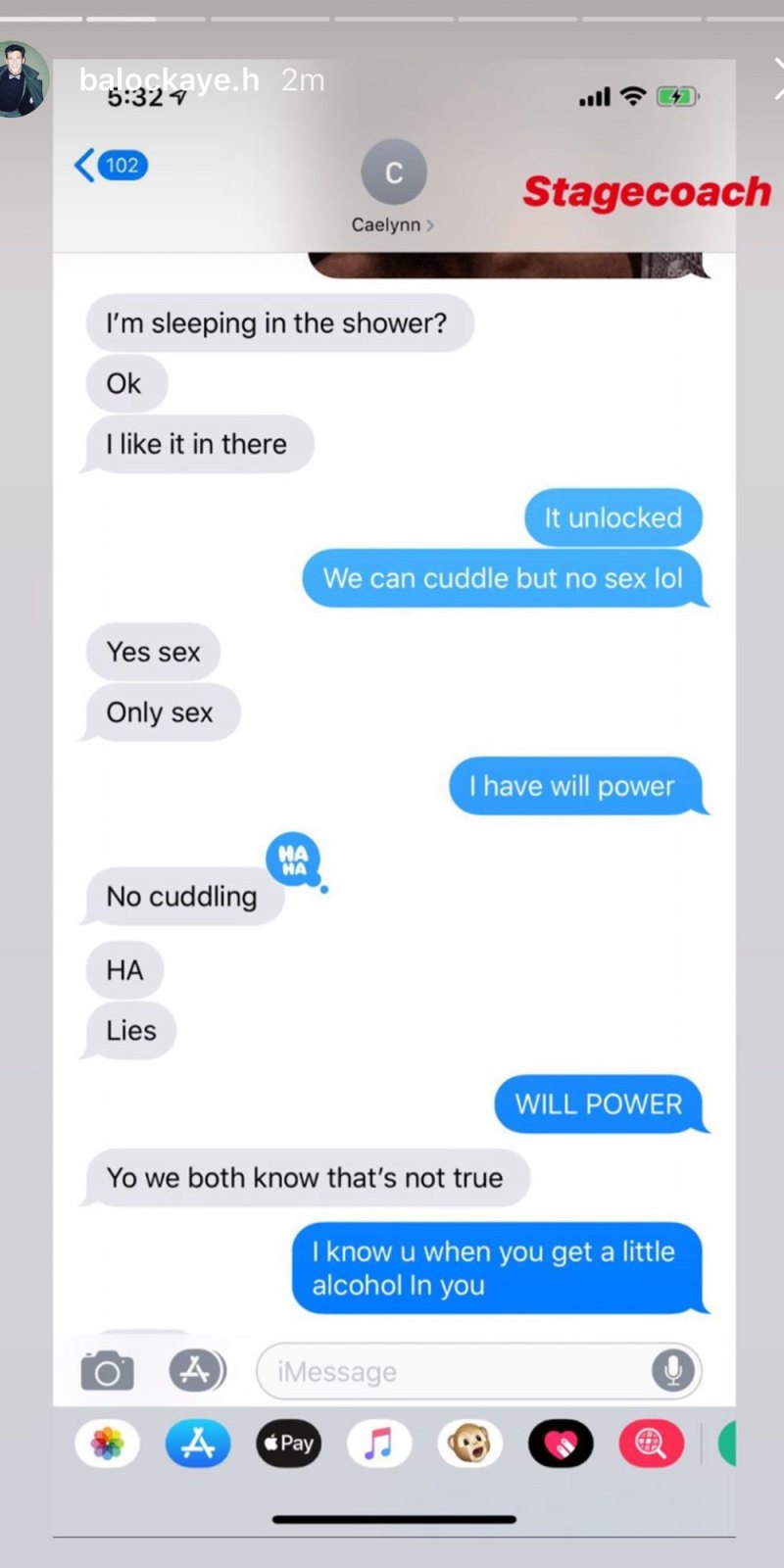 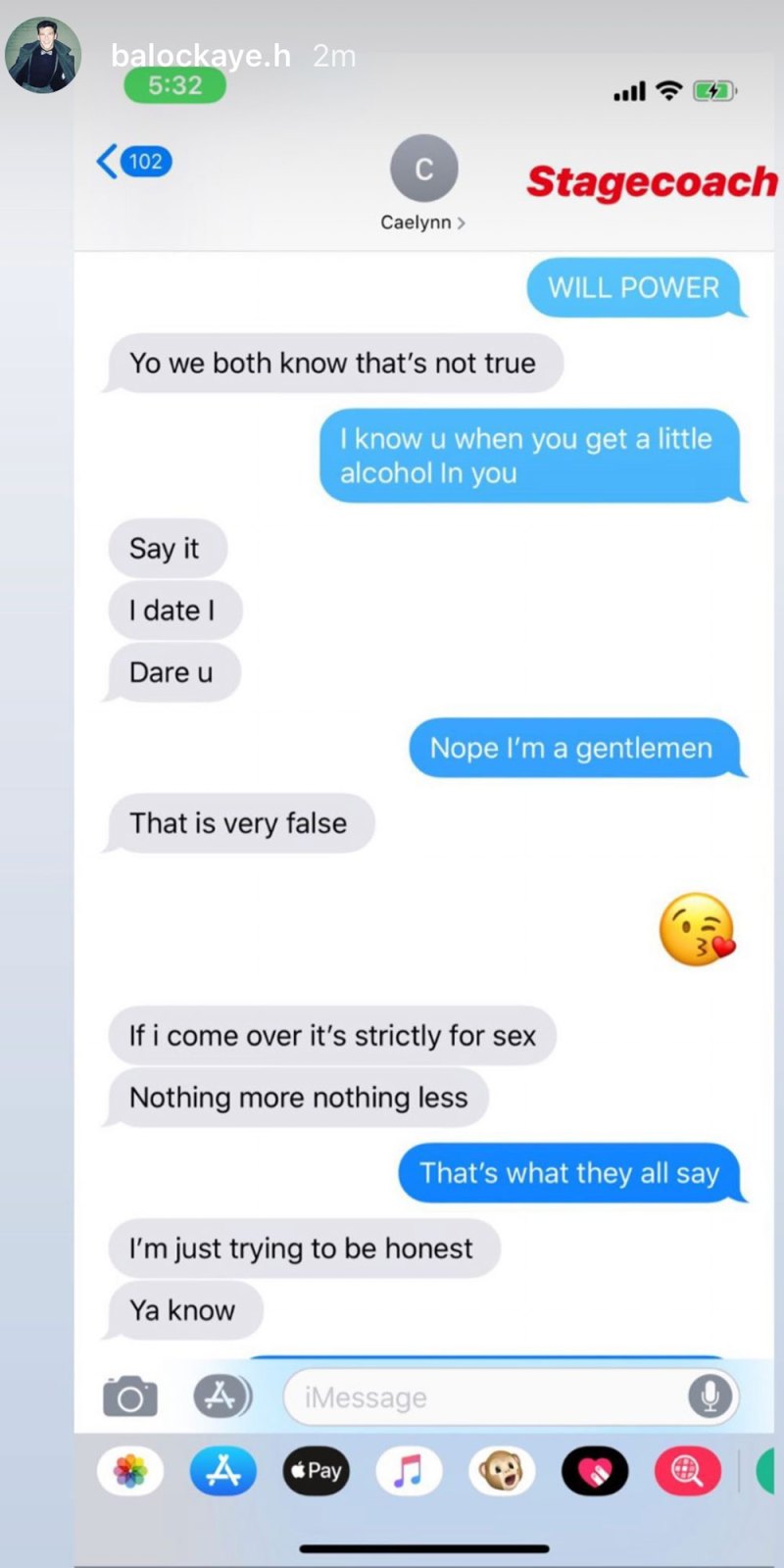 Caelynn also blamed Blake of ghosting her after this night. These are the texts between the two from one week before Bachelor in Paradise. 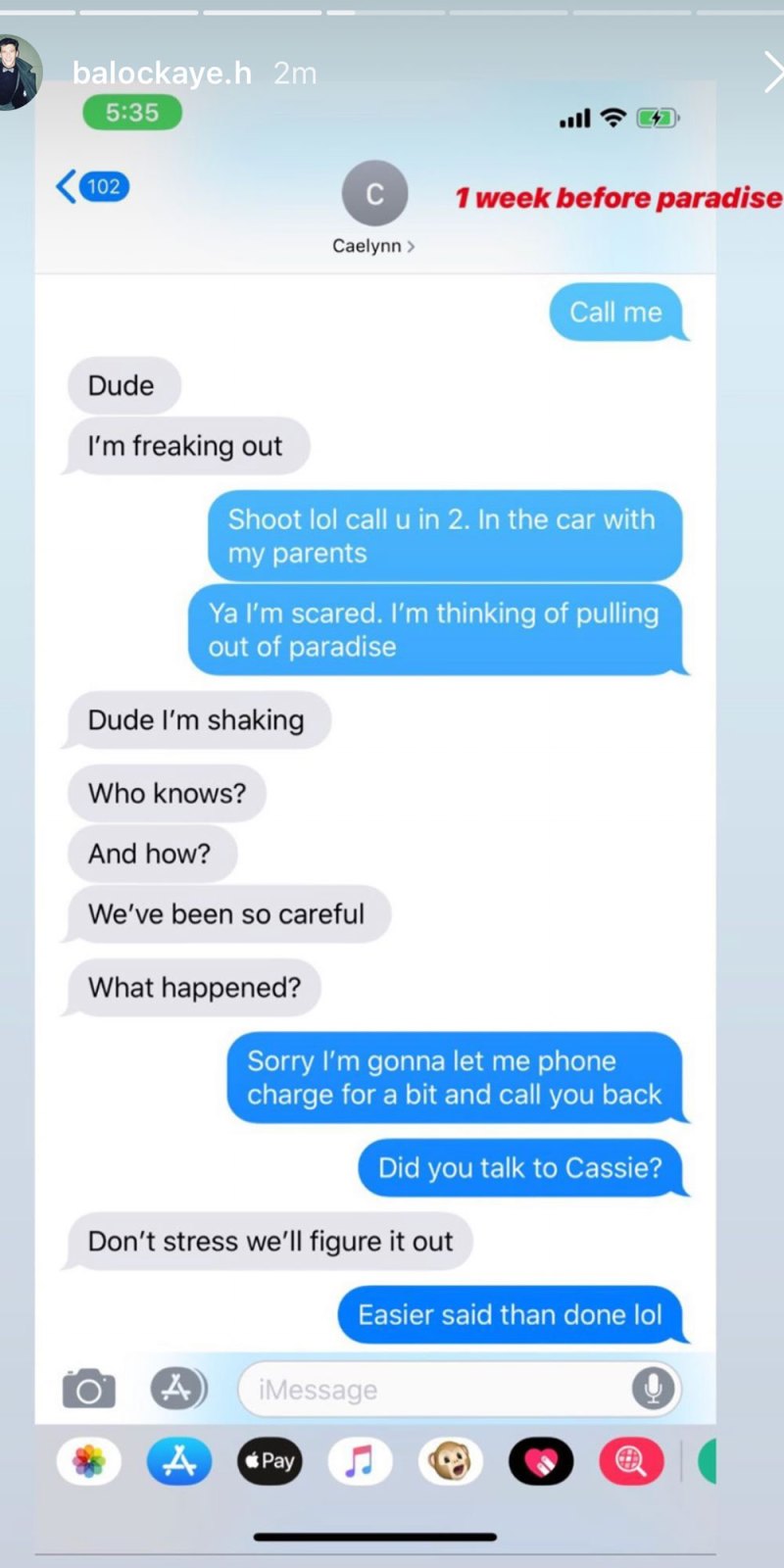 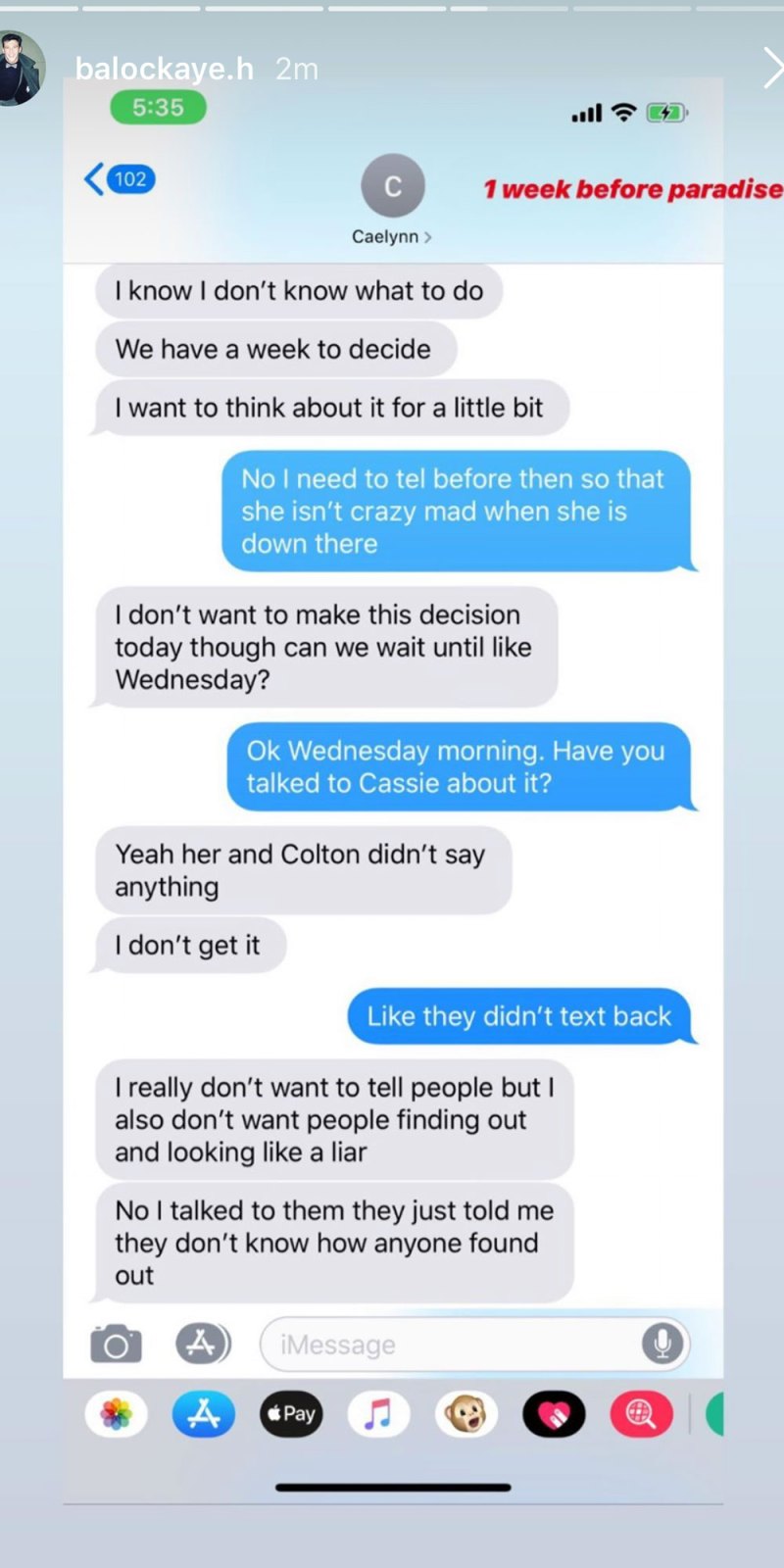 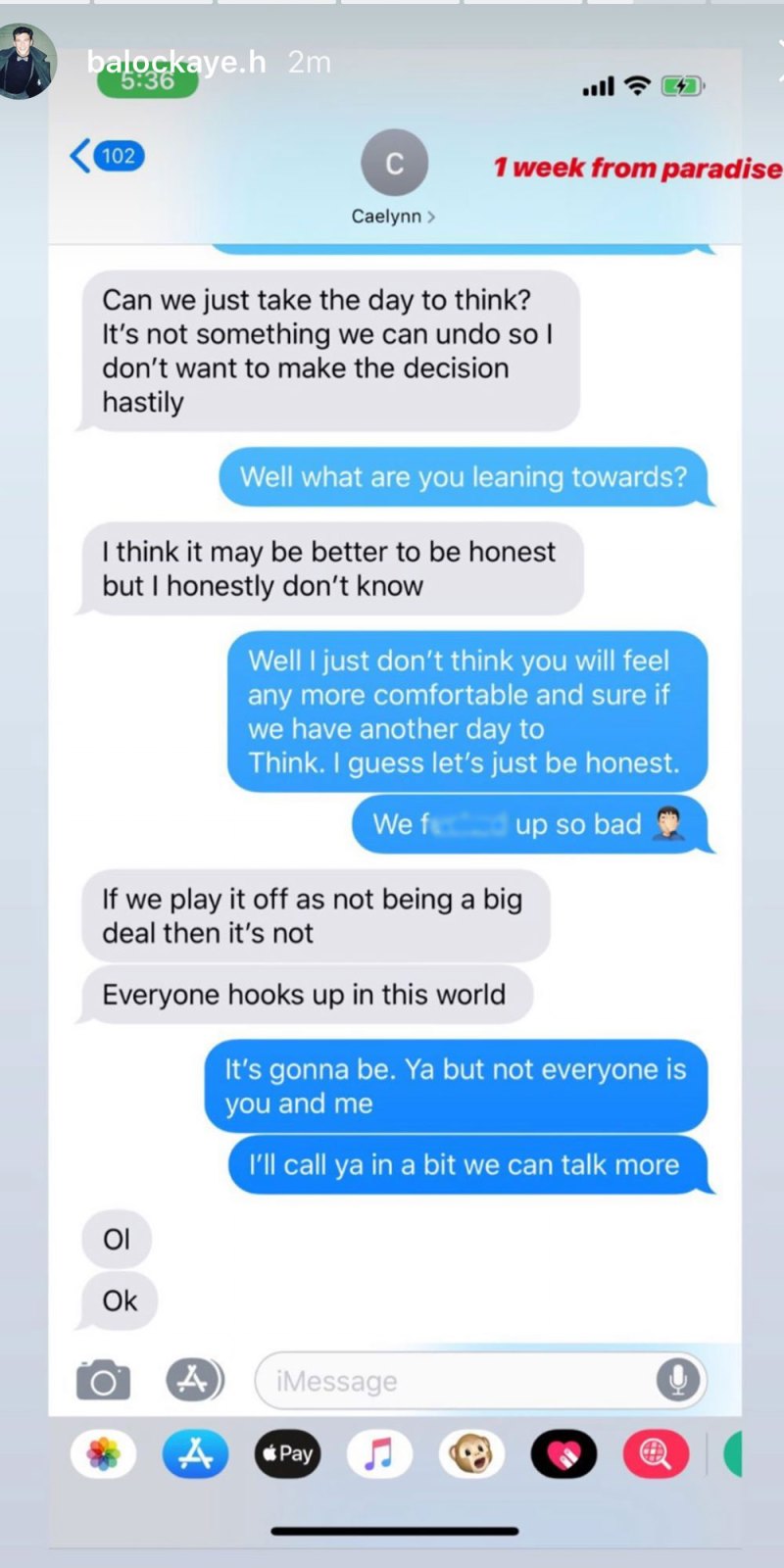 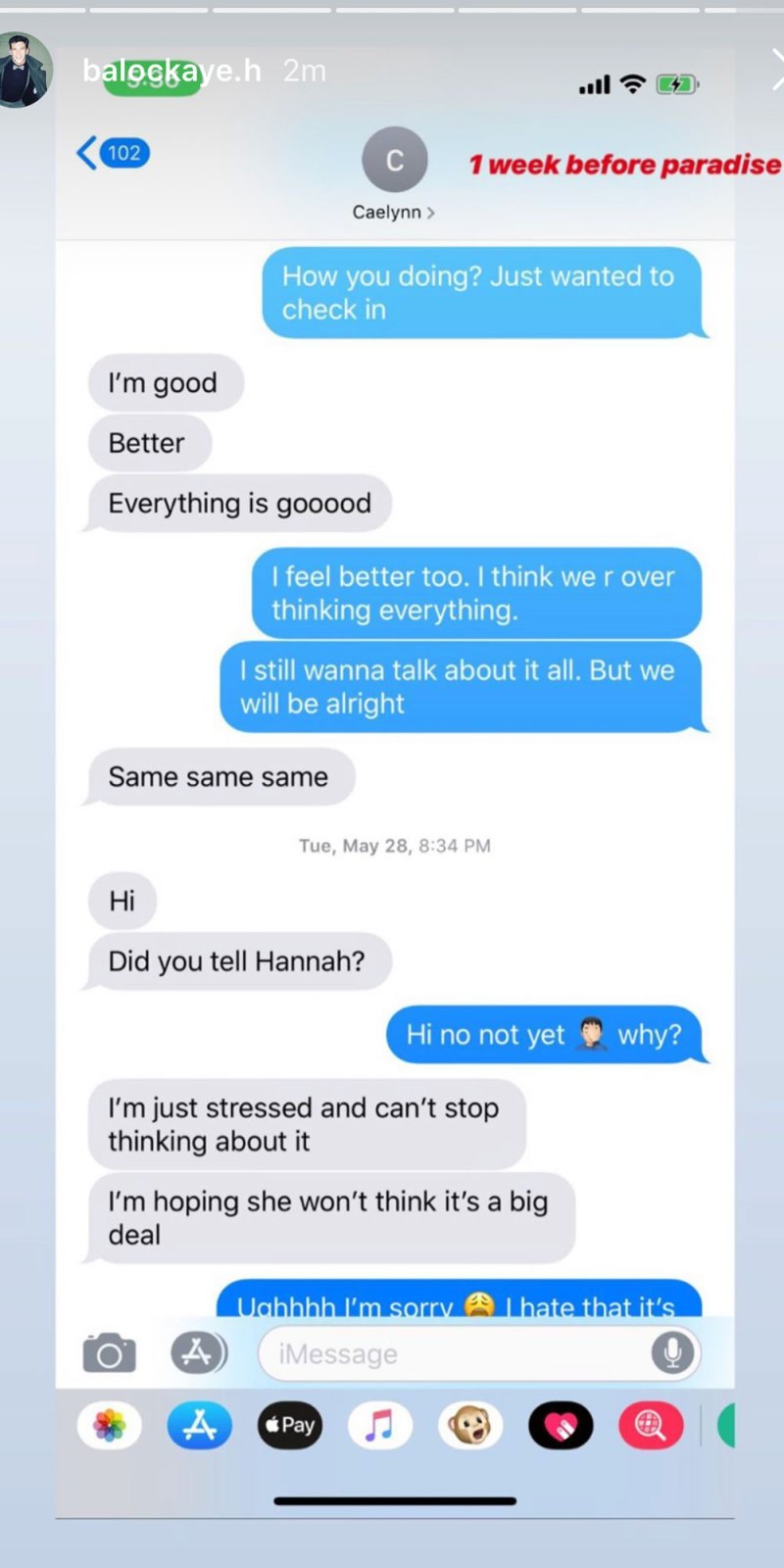